Led by an experienced team of academics and operators 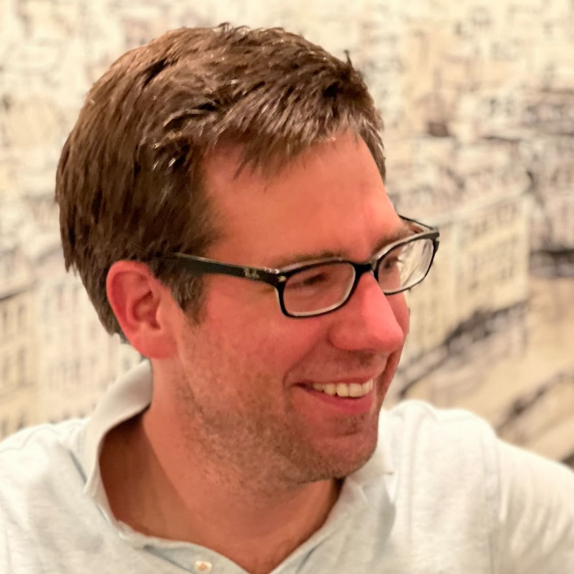 Tobi has a Ph.D. from Stanford University and has a background in researching public opinion at the forefront of Machine Learning, leveraging a plethora of disparate data streams including everything from cell-phone telemetry data to survey data to behavioral news consumption data. Tobi has published his work widely both in the academic and popular press, and his research has been covered by The New York Times, The Atlantic, etc. Before founding Ocurate, Tobi was part of Facebook Research. 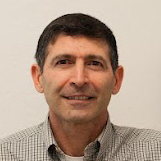 Yossi has more than two decades of professional and managerial experience in finance and business operations. Previously, he was president and CFO at Noosh which was acquired by HH Global and held senior management positions at CheckPoint Software Technologies, Intel Corporation, and the Israeli Industry Center for Research and Development. 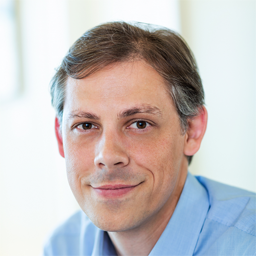 Nick is a proven technical leader, having directed teams building mission critical software used by nearly every company in the Fortune 50. As a Software Architect at F5 Networks, Nick drove the development and strategic direction of the management infrastructure on BIG-IP, the company's flagship product, and co-invented F5's first dedicated network firewall and DDoS protection products, both key business drivers contributing to over $2 billion in annual revenue. Since then, he has been working with and advising startups to help them build, scale, and secure their engineering operations during their early venture rounds. 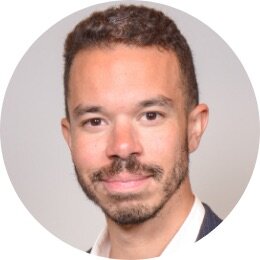 Richard has been helping early stage SaaS companies land first customers and scale into a repeatable business for the past ten years. During his time in Silicon Valley, he’s seen the negative consequences when businesses optimize on new customers & revenue in a vacuum. When he joined Medallia in 2014 they were creating a category called “Customer Experience Management” and educating the Fortune 500 to take action on & quantify the business impact of CX and NPS. These experiences led him to join Ocurate. 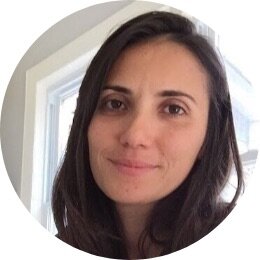 Giovanna is a founding team member at Ocurate, who combines her experience as a well-versed Data Scientist to business acumen from her previous, extensive career in Marketing Communications and Business Administration. At Ocurate, she has been leading the implementation of state-of-the-art machine learning models to predict customer lifetime value, churn, and more to ecommerce clients in a range of verticals, helping deliver meaningful business impact to our clients. She has written on a variety of Data Science topics for Towards Data Science, The Startup, and Level Up Coding. Before joining Ocurate, she has worked for clients such as Shutterstock, Listerine, Johnsons Baby, Aveeno, HP, and Bank of Brazil. 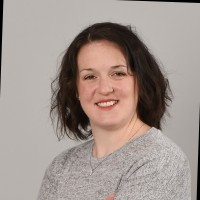 With over 10 years of marketing experience, that includes time in not-for-profit, B2B and B2C roles, Morgan excels in developing a company’s marketing strategy and building customer journeys that drive results. She’s passionate about building authentic relationships that merge the customer success, marketing, and sales worlds to create a memorable journey for potential and current customers. 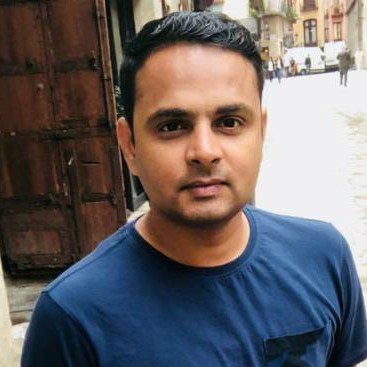 Anand is a start-up specialist with 17 years of cross-geographic experience working with numerous start-ups to mature setups in the US and India. He has expertise in building an ecosystem for companies and has successfully hired, coordinated, and proactively managed various remote teams in strategizing and executing business operations. Anand has an MBA in International Business from the New York Institute of Technology. Prior to Ocurate, Anand has worked with companies in Media, Sports, Consumer, Technology, HR, and non-profit. 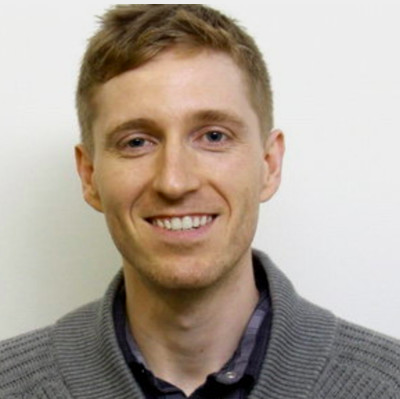 Dylan is a data engineer with experience building backend infrastructure and automation across multiple industries. He has a Master’s in Business Analytics from San Francisco State University where he focused on machine learning. His graduate thesis research looked at convolutional neural networks with an application on classifying fullness and items in commercial waste bins. 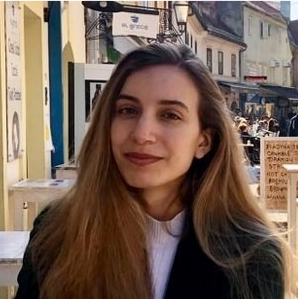 Sabrina recently graduated from Stony Brook University. Her master's degree is in Computer Science with a specialization in Data Science and Engineering. Her undergraduate degree is in Physics with a minor in Electrical Engineering. She brings a unique approach to analyzing data. 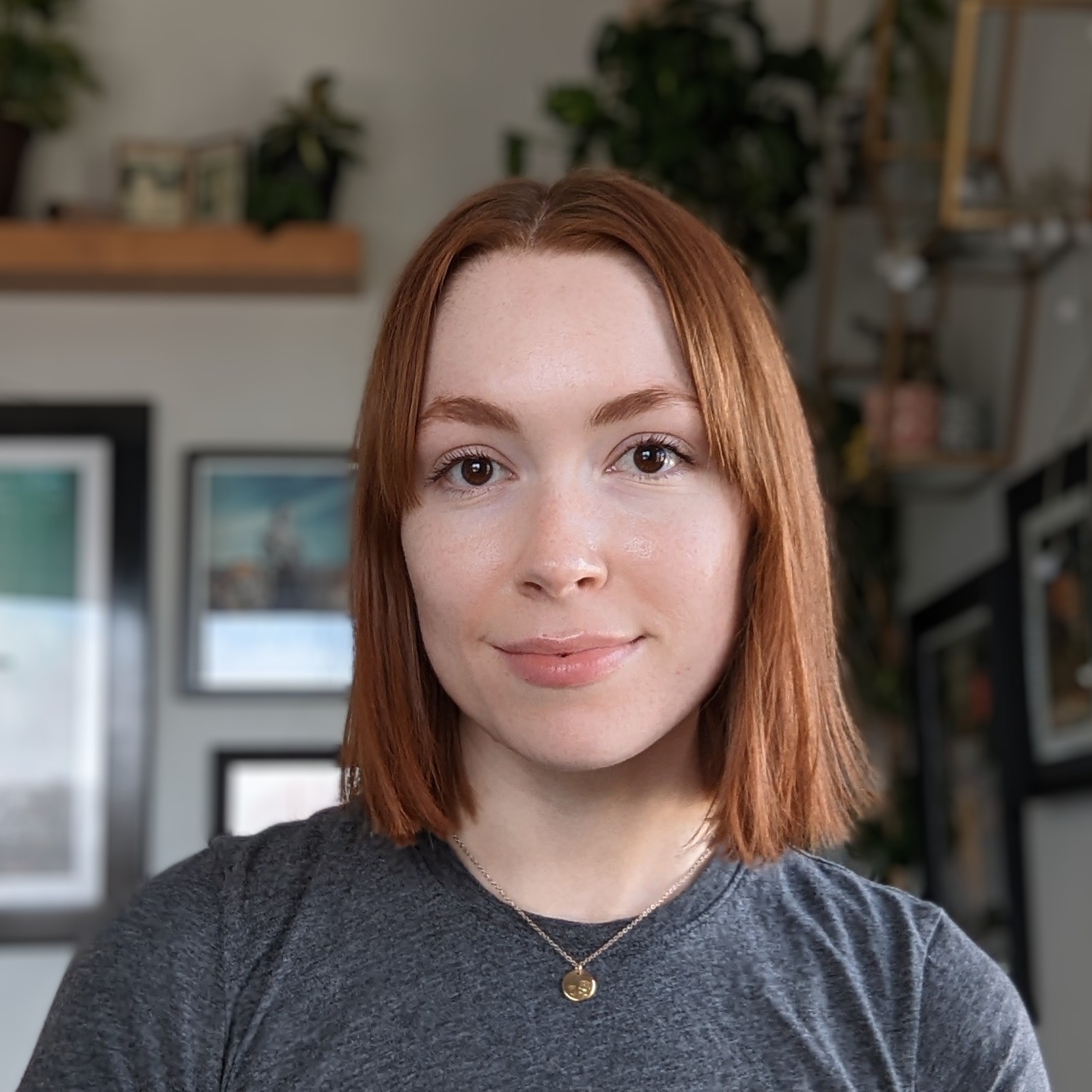 With several years of experience in data analytics, Vivian serves progressive political organizations with data-driven insights to bring awareness to key issues in politics and provides campaigns with supporters and persuadable audiences needed to secure votes. She studied at Eastern Washington University and received her Bachelor's in Mathematics and Masters in Computer Science. 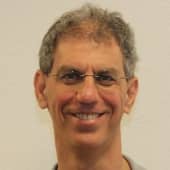 Ofer Ben-Shachar is the founder of Noosh and has served on the Board of Directors since the company's inception. He is a recognized innovator in the growth of Internet-based services. ‍ Prior to Noosh, Ofer founded NetDynamics where he presided over the development, launch, and successful deployment of the first Java application server product in 1996. 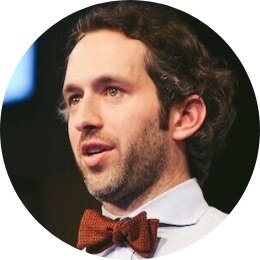 David has a Ph.D. in applied economics from the Wharton School of Business at the University of Pennsylvania. He has written extensively, in both the academic and popular press. His work pushes the boundaries on varying data and methods: polling, prediction markets, social media and online data, and large behavioral and administrative data. His work focuses on solving the most relevant applied questions including mapping and updating public opinion, the market for news, the effect of advertising, finance, and an economist’s take on public policy. 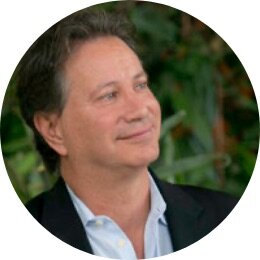 Mark Brenner was co-founder and CEO of Prevue/TV Guide Interactive, the market-leading interactive television program guide reaching over 40 million homes; TVG, the first on-line and television wagering network currently handling over $2 billion in transactions. And Vidavee, a SaaS platform that pioneered on-line and mobile video and advertising sold to Vignette/Open Text. Most recently Brenner was co-founder & CEO of WEST. 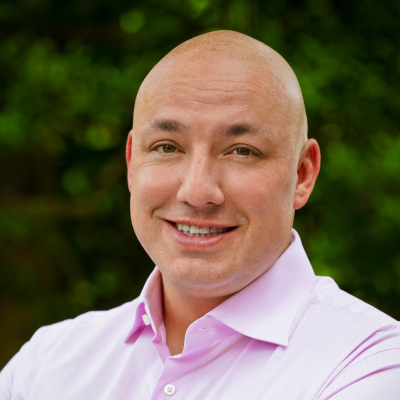 Tim Sparapani, Principal at SPQR Strategies, PLLC, is a legislative, legal, and strategic consultant who helps companies and consumer and privacy advocates understand and respond to the pressures created for businesses, consumers, and governments by emerging technologies. Tim’s specialties are privacy, online safety, content moderation, and constitutional law. Tim’s clients are a diverse mix of industry-leading companies, dynamic technology startups, and thought-leading advocacy organizations. He is also a frequent startup founder, key employee, and entrepreneur with numerous successful exits. Tim is the co-founder of Blue Run Spirits, an ultra-premium whiskey company from Kentucky. Tim invested in Mezzobit, acquired by OpenX in 2016, and helped build and lead PrivacyMate, acquired by Aura in 2019. Tim served as outside General Counsel for Smyte, acquired by Twitter in 2018. Tim is a frequent public speaker on topics related to emerging technologies. He has testified before Congress five times and given more than 500 TV, radio, and print interviews. Tim’s SPQR Strategies clients have asked him to undertake important, ongoing responsibilities. For example, Tim served for 3 years as the Vice President, Policy, Law &amp; Government Affairs for the Application Developers Alliance, a trade association serving more than 30,000 application “app” developers and 200 member companies. Tim has also served as General Counsel for several tech startups. He advises other start-up tech companies on a range of policy matters including privacy, content moderation, and online safety and security. Tim was the first Director of Public Policy at Facebook. Tim was responsible for developing and implementing the company’s interaction with the federal, state, local, and foreign governments and with opinions and policymakers. He managed these roles as the company grew from 150 million to more than 1 billion active users. Prior to joining Facebook, Tim was Senior Legislative Counsel at the American Civil Liberties Union, where he helped advance the constitutional principle of the right to privacy, representing the ACLU before Congress, the Executive Branch, and the media. For the more than four years preceding his time at the ACLU, Tim served as an associate at the law firm of Dickstein Shapiro where he helped clients navigate interconnecting constitutional, statutory, political, and policy challenges. Tim holds a bachelor’s degree with honors from Georgetown University and a J.D. from the law school at the University of Michigan. 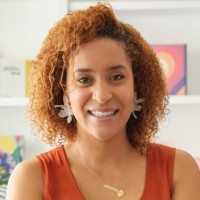 Leslie Emmons Burthey is VP of Marketing at GoodRx where she focuses on growth initiatives including Gold and Telehealth. Leslie's past roles include executive roles at FabFitFun and Winc. Prior to Winc, she gained consumer product experience at Christian Dior and Ralph Lauren. 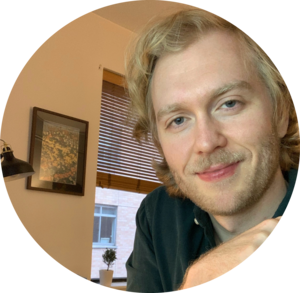 Aaron is a postdoctoral fellow at Columbia University's Data Science Institute. His research contributes to Bayesian statistics and causal inference, as well as to core areas of computational social science such as text, network, and time-series analysis. His recent research in collaboration with the labs of David Blei and Donald P. Green uses large-scale digital field experiments to assess the causal effect of friend-to-friend texting on voter turnout in US elections. He obtained his Ph.D. on scalable Bayesian methods for analyzing dynamic networks of international relations from the College of Information and Computer Sciences at UMass Amherst under the guidance of Hanna Wallach. He also earned an M.A. in Linguistics and a dual B.A. in Political Science and Linguistics from UMass Amherst. Prior to joining PredictWise, he has worked in the industry at Google, Microsoft Research, and the MITRE Corporation. 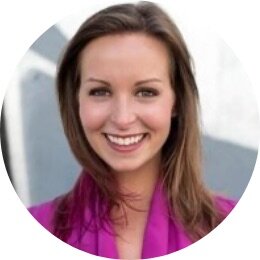 Whitney has 10+ years of startup sales experience and is the founder of The Sales Method, a consultancy that helps startups identify target markets, build successful sales teams and quickly get products to market. She led four companies to the Inc. 5000 Fastest Growing Companies list including LoopNet, Joby, Meltwater and SpringAhead. Whitney graduated with honors with a BA in Sociology from UCSD. Whitney is advising Ocurate on sales and overall strategy and business development. 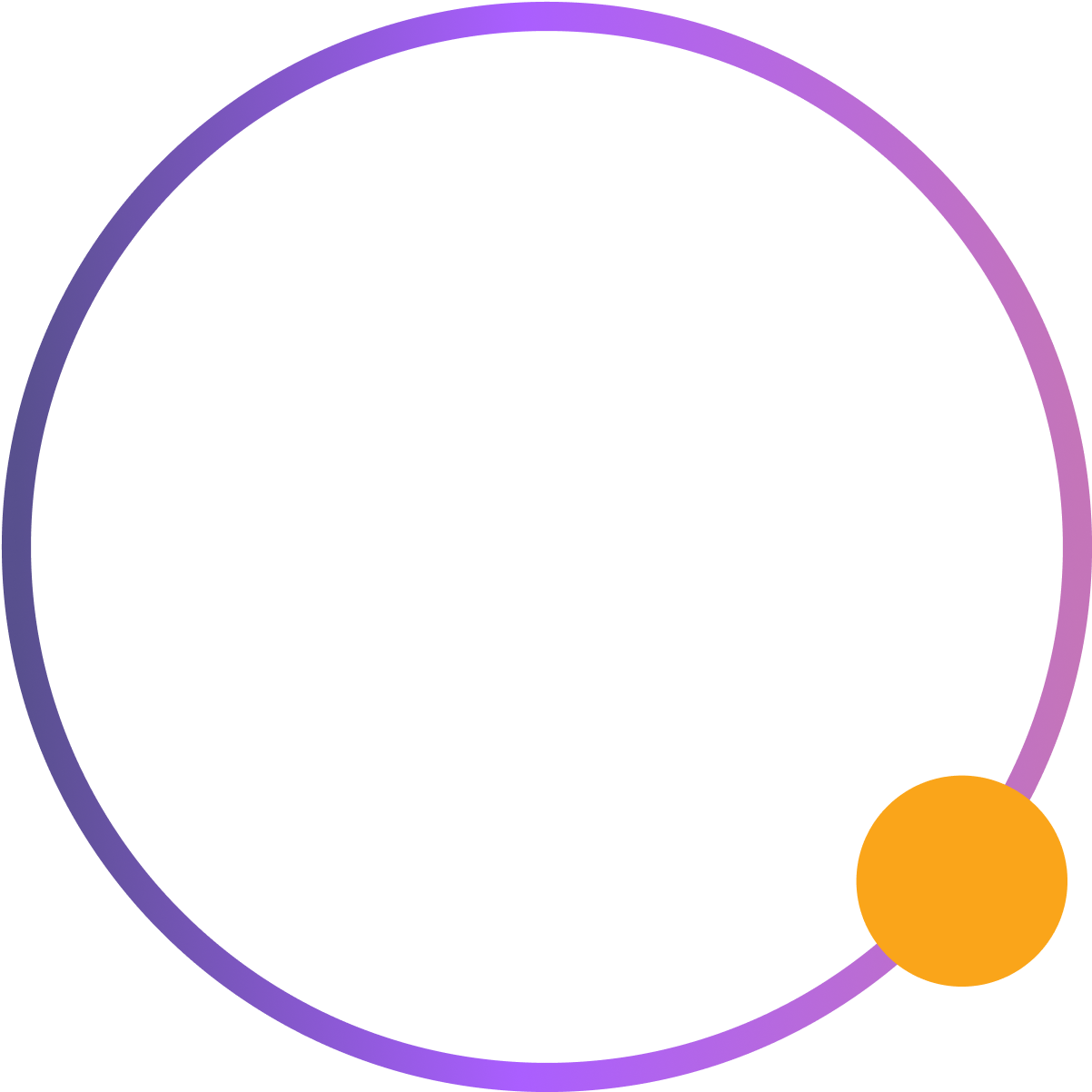 Our team would love to hear from you!